Jane Jacobs’s 1960 book “The Death and Life of Great American Cities” sent shock-waves through the architecture and planning worlds, with its exploration of the consequences of the large-scale reconfiguration of cities which still resonates today. Jacobs was also an activist, involved in many fights to save historic New York City in an era of redevelopment in the 1960s. This film was screened at the Toronto International Film Festival 2016 to mark the centenary of Jacobs’ birth and sets out to examine the city of today through the lens of one of its greatest champions.

Join IHBC North and Lichfields for a screening of this powerful documentary and take part in the Q&A afterwards. We hope to see you there. 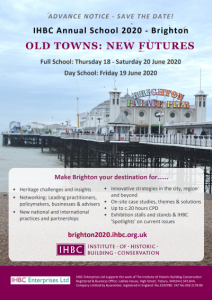